Aston Martin Racing’s Alex Lynn says that a special affinity with the Silverstone circuit pushes him on to even greater heights as he looks to continue a fine record of achievement at the British round of FIA WEC (30 August – 1 September).

Lynn has podium positions to his name at his home track in Formula Renault, Formula Three and GP2 and now wants to add more success in the WEC.

Sharing the No.97 Aston Martin Vantage AMR, Lynn has created a strong partnership with Maxime Martin and the British manufacturer. “I’ve been lucky and had quite a lot of success at Silverstone,” explains the Londoner.

“I think that Silverstone is genuinely my favourite circuit, period. So, from that side I just love driving it, no matter what and in the LMGTE Pro race it was great last year. It’s just a special feeling, I could be racing a wheelbarrow at Silverstone and it would feel special,” joked the Aston Martin Racing factory driver.

Lynn’s fondness for racing at Silverstone stretches back almost a decade to when he was fighting against the likes of current F1 drivers, Carlos Sainz Jnr and Daniil Kvyat.

“In my earlier years it was always the first circuit that I clicked with,” he recalls.

“Back when I was doing Formula Renault UK, we did one guest round in Formula Renault Eurocup and I stuck it on pole position in front of a quality grid.  Robin Frijns joined me on the front row that race and actually, that was a special feeling back in my early days, and I’ve just felt good about Silverstone ever since.” As well as the more distant memories, Lynn also looks back with affection to the 2018 edition of the Silverstone WEC race where he and Martin qualified second and finished fourth.

“I think we had a really strong qualifying there last year and we actually had decent pace considering we did struggle in the hotter, high tyre degradation races, such as Silverstone. That being said, I think if we can take the same performance and have stronger tyres that can last a bit longer, I think we’ll be there.”

Ticketing information for this year’s 4 Hours of Silverstone can be found HERE. 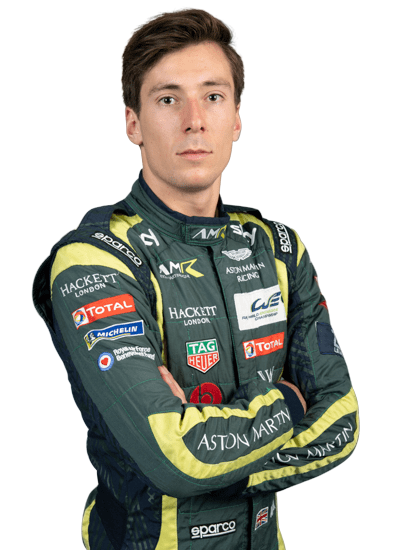