A new name in the WEC paddock for Season 8 is Bonamy Grimes who will compete in the Red River Sport Ferrari 488 GTE Evo alongside Johnny Mowlem and Charlie Hollings.

The Welshman has only been racing for four seasons after making a significant mark as a successful businessman in the internet travel market.

Following a meeting with one of the UK’s most experienced racing drivers still competing, Johnny Mowlem, Grimes set himself the aim of competing at the 24 Hours of Le Mans. “I met Johnny about four years ago and at the time he was setting up the River River Sport programme to get drivers to race at Le Mans and it has always been an ambition of mine,” explained Grimes.

“Johnny has taken me through a whole series of preparations including running in a Ferrari 458 and also last year we raced in an LMP3.”

Grimes is well placed to talk about journeys after becoming an ultra-successful businessman and also being one of the major influences as an executive producer of the critically acclaimed 2015 film 'Steve McQueen: The Man & Le Mans.’ “It’s all about going on the journey, enjoying yourself and also being a bit critical of yourself so you can improve,” he said.

“I think that if we improve as we have been doing then we might stand a chance but it is a very competitive field out there in LMGTE Am and some of those teams are really experienced.”

Despite the pressure and the intensity of the competition Grimes is also focused on savouring his first taste of top quality sportscar action in the WEC this season.

“It is really a twin aim of learning fast and enjoying ourselves out there at the same time,” concluded Grimes with a smile.

Grimes and the No. 62 Red River Sport crew will next be in action for the 6 Hours of Fuji (4-6 October). 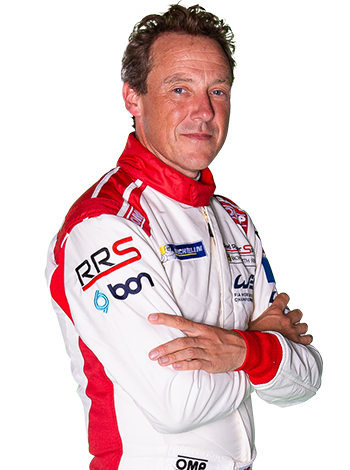 Previous news
Four weeks to go until Fuji!
Next news
Good luck to our WEC teams and drivers at Daytona!