The 2022 FIA World Endurance Championship season officially came to an end today with a Rookie Test which saw new drivers in all four classes, and a notable first in Hypercar.

Just a few hours after the season-ending BAPCO 8 Hours of Bahrain concluded under floodlights on Saturday, the two-hour morning test session began and Lilou Wadoux became Hypercar’s first female driver at the wheel of No.8 Toyota GR010 Hybrid.

Wadoux, the official WEC Hypercar rookie following a debut LMP2 season, completed 33 laps in the two-hour morning session with a best lap of 1m50.953, the fourth fastest of a session which was interrupted early on by a short red flag period. The 21-year-old enjoyed driving the GR010 Hybrid which took Sébastien Buemi, Brendon Hartley and Ryo Hirakawa to the world title, saying: “It was a very good experience and the speed of the GR010 Hybrid was impressive. It is very different to an LMP2 car because it’s heavier and different to drive. I learned a lot during this test, particularly with the hybrid system which is very new for me and takes time to adjust to. It was a dream for me to drive a car like this and I would love to race a Hypercar in the future.” She was far from alone as a rookie in the Hypercar class, with Peugeot TotalEnergies making good use of the opportunity by fielding three rookies across their two Peugeot 9X8 cars.

The No.94 car saw two-time FIA WTCR champion Yann Ehrlacher and Denmark’s Malthe Jakobsen test alongside Nico Müller, who made his Peugeot race debut on Saturday and set the second quickest time of the morning, the fastest lap of the day for a rookie, while Ehrlacher earned fifth spot in the afternoon. Max Günther, a Formula E race winner, joined regular race driver Mikkel Jensen in the No.93 Peugeot and had a busy day, recording 74 laps. Jensen’s 1m49.827s in the morning was the car’s best of the day, good enough for third, before earning fourth in the afternoon.

The fastest lap of the day came from Jose Maria Lopez in the No.7 Toyota GR010 Hybrid, who stopped the clock at 1m48.812s in the morning session. Another full season regular,

Alpine ELF Team’s Matthieu Vaxivierre, set the standard in the afternoon but his best effort was nearly a second off Lopez’s morning lap.

Following an intense LMGTE Pro title showdown on Saturday, AF Corse were back in action, along with Corvette Racing.

AF Corse had official LM GTE Pro rookie Lorenzo Colombo, an LMP2 regular for Prema Orlen Team, behind the wheel. He set the benchmark in the morning session, clocking a 1m58.621s which turned out to be the fastest lap of the day by an incredible 0.001s.

Corvette Racing’s C8.R was the only GTE Pro car on track in the afternoon as their No.64 ended the day second fastest thanks to Axcil Jefferies’ morning lap.

Ben Keating, who won the GTE Am title on Saturday at the wheel of a TF Sport Aston Martin Vantage AMR, kicked off his preparation for next season's switch to Corvette, completing 20  laps, while newcomer Axcil Jefferies and regular racer Nick Tandy also shared the C8.R.

"Honestly the car feels great, but not only that the team is fun to work with. It's a really nice group of guys. It was nice getting up to speed with the car,” said Jefferies.

"I expected quite a lot from the car. Obviously it's a factory program and I expected everything set to the highest level, and it really delivered. It would be great if this opportunity could happen in WEC. Let's see what how it works. I tried my best, and now the decision will be up to the team and Ben.”

A total of 10 cars and 24 drivers completed the LMP2 line-up with ex-Formula 1 driver Nelson Piquet Jr topping the time sheets in the morning in the No.22 United Autosports USA Oreca 07 - Gibson. His 1m51.922s effort would not be bettered in the afternoon.

On his return to the Bahrain International Circuit, Piquet commented: “It’s good to be back in Bahrain, I haven’t been here for a couple of years. I was just getting used to the car, the set-up is good. The focus over here is to get (team-mate) Daniel (Schneider) up to speed – but I can’t wait to start the 2023 season.” Fresh from winning the LMGTE Pro race yesterday, Antonio Fuoco was second quickest in the morning, and on the combined results, in the AF Corse run Oreca 07 - Gibson No.83, just 0.4s adrift of Piquet’s time.

Prema Orlen Team, with Juan Manuel Correa and Bent Viscaal on driving duties, set the pace in the afternoon thanks to a 1m52.644s lap. Second place went to the all-Australian duo of Yasser Shahin and Garnett Patterson, 0.4s back in their No.23 United Autosports USA Oreca.

Multiple Formula 2 race winner Marcus Armstrong stepped into the WEC paddock as part of the Richard Mille Racing entry, alongside Oliver Caldwell and Paul-Loup Chatin, which was third fastest either side of the lunch break.

Doriane Pin, the official LMP2 rookie following a race-winning debut season with the Iron Lynx-run Iron Dames squad in in the European Le Mans, transferred her speed to the world of WEC and lapped just half a second off the top on her way to fifth in the afternoon.

The 18-year-old, title winner in the Ferrari Challenge this year also with Iron Dames, said: “Today was really significant for me. Being selected by FIA WEC as part of the Iron Dames to test an LMP2 car is an important step in my career and for women in motorsport. I have learned a lot from today. Experiencing an LMP2 car was just amazing, the speed it can take in the corners and the downforce is quite different to the GT cars and you need to be accurate to get some good pace. Additionally it was the first time for me driving at this circuit and I enjoyed a lot experiencing a new track.”

Another rookie, Freddie Lubin in the No.10 Vector Sport, had a busy day, racking up 71 laps on his way to fourth fastest in the afternoon, and declared himself satisfied. He said:

“I’ve enjoyed every single lap, including those where I wasn’t on track. It’s been a really fantastic day and both me and the team have learned a lot which is so good to be a part of.  It’s been a really good day; we’ve played with set up and there’s been a lot learned and a good relationship built."

Yet another new face in the WEC paddock, Maxime Oosten, set the standard in LMGTE with lap of 2m00.749s for Team Project 1 in the morning, before his team-mate Mikkel Pederson reprised that achievement a few hours later.

Following her Hypercar exploits in the morning, Lilou Wadoux had another new car to adjust to in the afternoon, this time the No.21 Ferrari 488 GTE EVO of AF Corse, which ended the session less than 0.5s behind in second, the same result as this morning. Following a break-out year in the LMP3 class of ELMS, Finn Gehrsitz, 18, got his hands on the No.777 Aston Martin Vantage AMR run by D’ Station Racing as the official LMGTE Am rookie. He clocked 50 laps over the day, taking fourth in both sessions. 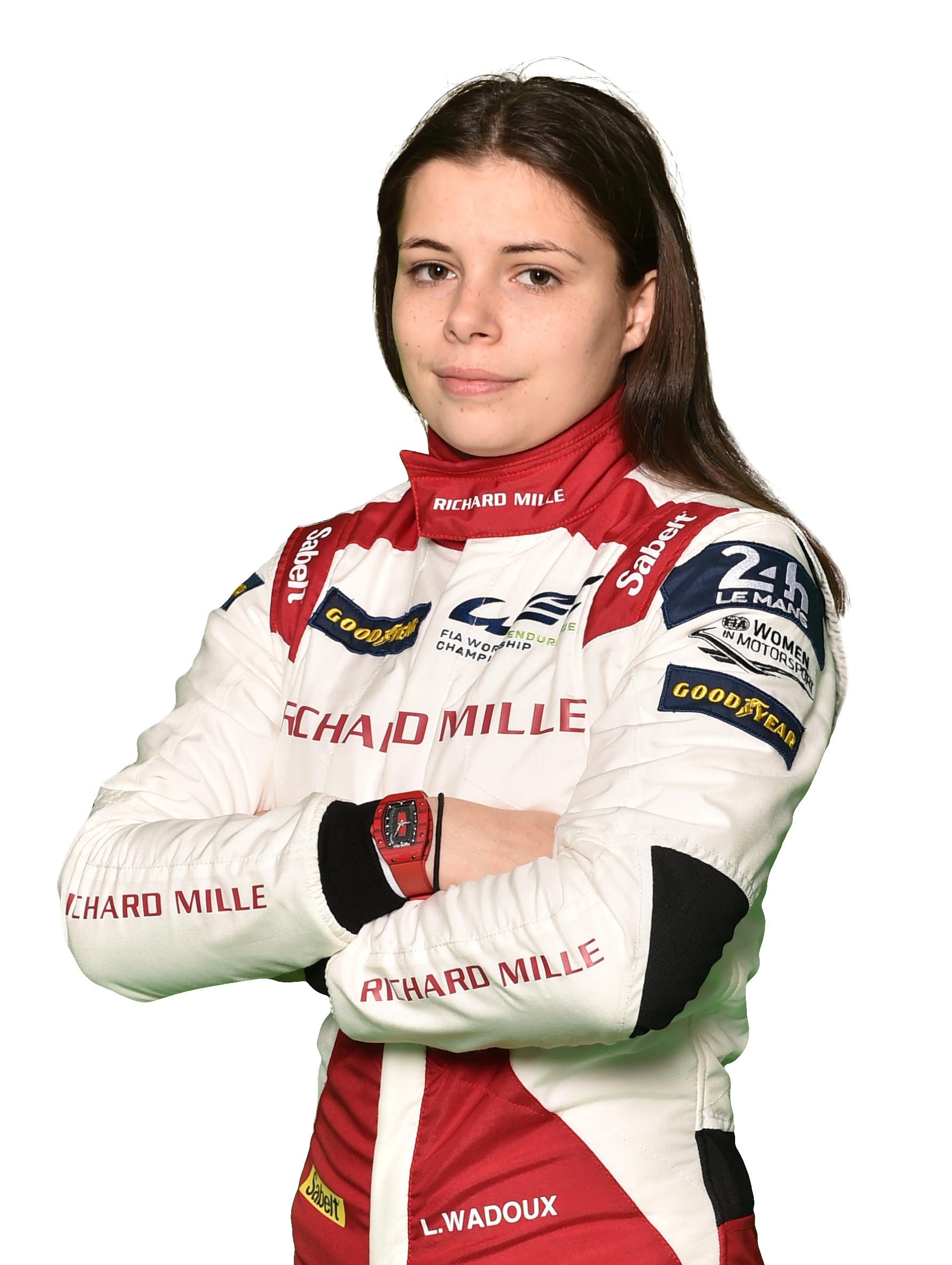 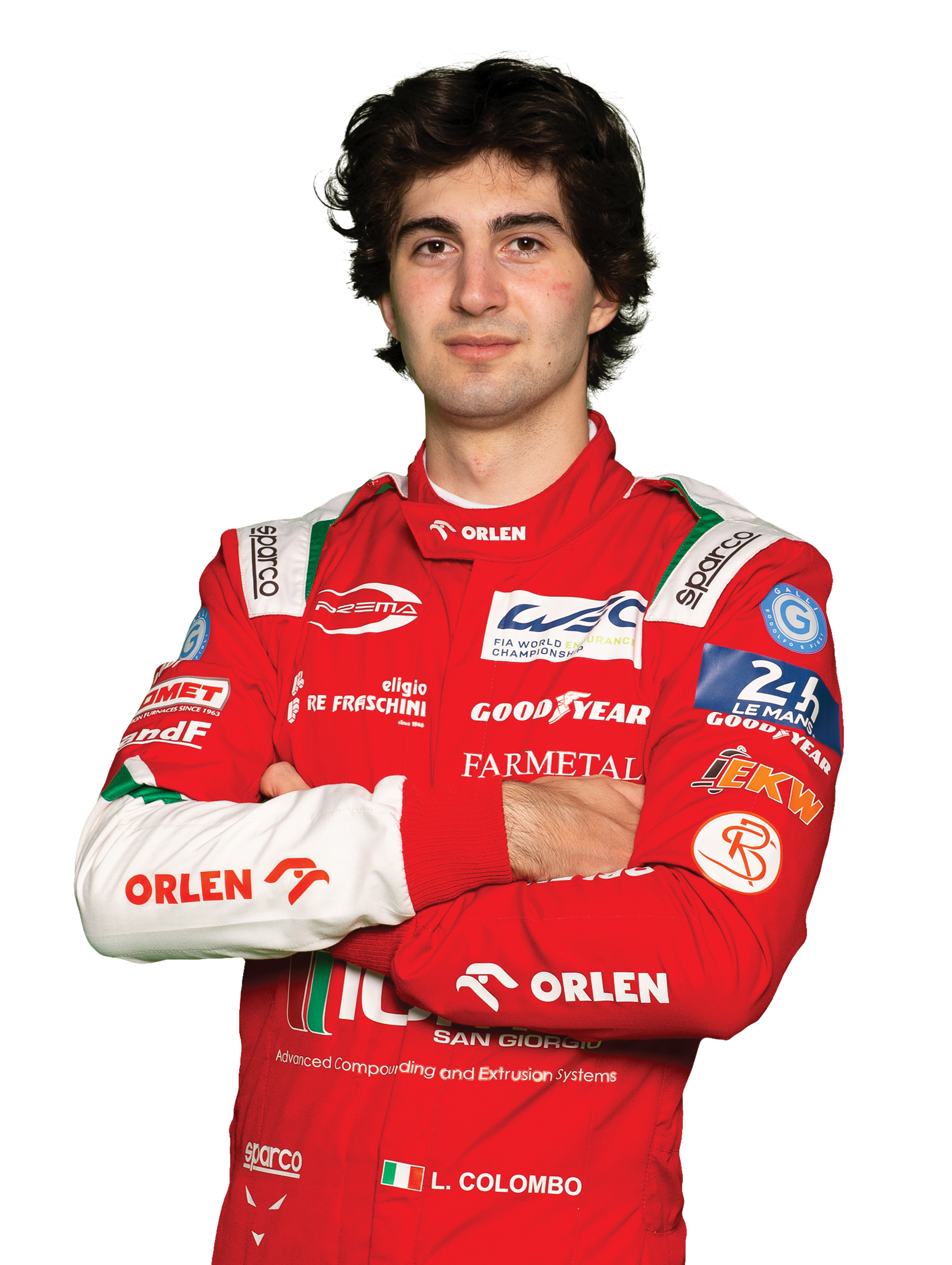