Corvette Racing’s Laura Wontrop Klauser: “2022 is going to be awesome!”

In this month’s episode of WEC Talk, we spoke to two people synonymous with one of the most iconic brands in endurance racing: Corvette Racing’s Laura Wontrop Klauser and team driver, Nick Tandy.

Laura took over from Doug Fehan earlier this year as Sportscar Racing Programme Manager at General Motors, where she is responsible for all of their GTE, GTD, GT3 and LMDh activities. She is also the woman in charge of Corvette Racing’s first planned full-season campaign in the FIA WEC with the Corvette C8.R.

We also hear from Nick Tandy, who left Porsche at the end of 2020 to join Corvette Racing and in 2021 has been racing in IMSA and also competed at Le Mans – a race which he won back in 2015. He also went onto win the inaugural 24 Hours of Le Mans virtual event in 2020.

First to chat to WEC Talk host Martin Haven, however, was Laura who discussed her own personal journey with GM as well as the story behind Corvette’s first full-time campaign in the WEC and the future plans for the iconic American brand.

Laura explained: “We’re looking to the future… it was time to finally get fully involved and to give a full WEC season a go, to reach to a new fanbase and reconnect further with existing fans. We love our trips over to Le Mans and it was time to take Corvette to new places – we haven’t been to Japan or the Middle East and it’s something we have been wanting to do. It’s finally the right time to do that.”

The 34-year-old added: “The growth that we have in just the sportscar area alone is fantastic… including the opportunity to showcase both brands - Cadillac and Chevrolet – in different sportscar championships around the globe. We have fantastic support from our leadership team. This is the best time to be in sportscars… 2022 is going to be awesome!” Martin also caught up with Nick Tandy, who was back in his hometown of Bedford in the UK for a few days. Both he and Laura talked about the amount of work and dedication that goes into running a race team.

Tandy explained: “We never stop… racing… it’s a 365 day job really and always so much to do. Us drivers get it quite easy… we can do our reports from home but the guys that are working on the cars, developing the software etc – they’re flat out all year long.”

He added: “The Corvette Racing programme… I’ve been lucky enough to witness how good the level of people within the team is. In motorsport, it’s all about the team of people – and how everyone works together, how they gel and get a car to work. You can see that’s why this team has been so successful as a result of this.”

As for his goals and aspirations, Tandy admitted that the desire to win Le Mans is still at the forefront of his mind…

“If you can win at Le Mans in GTs, the achievement for the team and those involved… it’s just as big. I was hoping to be there this year but we had a few mechanical issues which knocked us back. We’ll get another chance. It’s been a few years since Corvette Racing have been on the top step at Le Mans. I’ve never won Le Mans in GT so that is a big goal… it’s definitely something I’d like to experience again in the future.”

Don’t forget to listen to the full episode HERE.

On the same link, you can also find last month’s chat with 2021 LMP2 Champions Team WRT including Robin Frijns and Vincent Vosse, as well as several other in-depth interviews with various drivers and key names from the world of endurance racing. 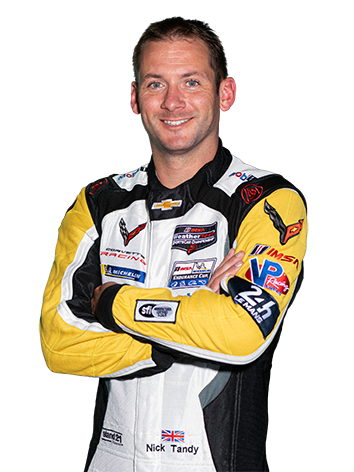 Previous news
2022 24 Hours of Le Mans tickets available from Friday!
Next news
Good luck to our WEC teams and drivers at Daytona!