Ferrari full of feist for finale!

In case you are unaware, the Bapco 8 Hours of Bahrain is not only the final race in the 2022 FIA World Endurance Championship, it’s also the final race EVER for the LMGTE Pro category.

Coming into Bahrain, Ferrari head the GT Manufacturers FIA World Endurance Championship by just a point from their long-term German rivals, Porsche, so all is to play for this weekend. In terms of the GT FIA World Endurance Drivers’ Championship, it’s the #51 Ferrari 488 GTE EVO line-up of Alessandro Pier Guidi and James Calado with greatest scope to take the title with an eleven point lead over the nearest, #92. Porsche.

Still, just, in with a shout is the #52 Ferrari line-up of Miguel Molina and Antonio Fuoco, sitting on 93 points heading into the final.

How do you assess your season so far?

AF: I think I'm quite happy about the season so far. It went quite well with some ups and downs, but I think overall this positive season also because it's my first season as an official driver. APG: The season so far has been quite good, to be honest, more than what I expected at the beginning of the season looking our performance, We maximised every single race and this is why we are we are leading currently, I think it doesn't really reflect the performance we had especially at the beginning of the season, but it's good to be in this position!

What have been the highlights?
AF: I don’t have one highlight particularly as I think we had a few, for example the podium at Le Mans but also the podium in Monza where we were leading the race until two laps to the end and then we we had to pit so we just lost the victory.

APG: The highlight of the season for me was Spa, the six hour, where we managed to win a race that was really difficult. We were very slow on the dry conditions but the when the conditions became difficult, with a great strategy for our box and good driving for me and James so we managed to win the race and it was really unexpected. And this is for me the biggest the highlight, the pinnacle, of our season so far. What has been more challenging?

AF: We had some quite a lot of challenging moments. For example, the race of Spa where we fought until the last couple of laps with car #51, but even with the Porsche it was quite intensive with a different conditions through the race, so it was quite nice.

APG: The most exciting race for sure has been Spa because was a really unexpected win and achieving this result has been great. We fought to the last corner and in a very difficult condition with a lot of water. I do have a lot there was a red flag was a difficult race and we managed to win, so for sure is this one.

Have there been any surprises in 2022?

AF: There were not any surprises for 2022. To be honest, I think the most exciting race in my opinion was Monza because we tried to fight until the end with a Corvette and then, unfortunately, we were forced to do a small splash two laps ago and we lost the victory. APG: I have no big surprises to be honest since the beginning of the season. Maybe the biggest surprise is leading the championship with one race to go!

How well do you work with the team and your team-mate?

AF: I think we worked quite well with my team-mates with Miguel we already know each other from from the past but this was the first time that we have worked together. It has been really nice, because we have the same feeling with the car, so it was really easy to find a good compromise for each other. We've had some some good moments, some good races and I think we worked really well. This is good for us but I think also for for the team too.

What’s the gameplan heading to Bahrain?

AF: Bahrain circuit is quite difficult, especially for degradation as it is very long race. We start with hot conditions so we'll be the key point will be to manage the tyres, especially through the heat. I like the track had some good memories there from the past. It's quite a difficult track, especially for the good braking points. For example, turn one, but even the braking for turn 10 is quite complicated. It's quite easy to lock the front on that corner so it's a challenging track, but I like it.

I think the plan for Bahrain is to try to do our best as always we know that will be quite difficult for us. The plan is to go full attack from the beginning. We will try to win the constructors’ championship and also the driver championship with the with the #51.

APG: Bahrain is a nice track and it is quite complete in terms of driving; there are fast corners, slow corner, combined braking. It's a great technical track, and is always a bit challenging in terms of tyre degradation, so I think we need to work on that this weekend. For sure, the key point to try to win is the tyre management and this needs to be done in a proper way - in a perfect way - if you want to finish the race in a good shape. For me, Bahrain is a nice track also because both of the championships I won were in Bahrain. So, at the end, this is a great memory. What does the future hold for you in WEC?

AF: I don't know what the future will will bring for me for the WEC just want to be focused on on the last race now. And then, after the last race, we will start to think with with Ferrari about the future where I will be next year and in which championship.

APG: The future for the WEC is for sure a great future for the championship. If you look at 2023 with a lot of manufacturers involved. I’m not sure yet about myself as we wait for the decision on drivers for Ferrari for next year. I hope to be there, because the championship will be great. I hope to be still in the in WEC, because if I am it means I will drive the Ferrari 499P and this is my dream. So let's wait and see what happens. 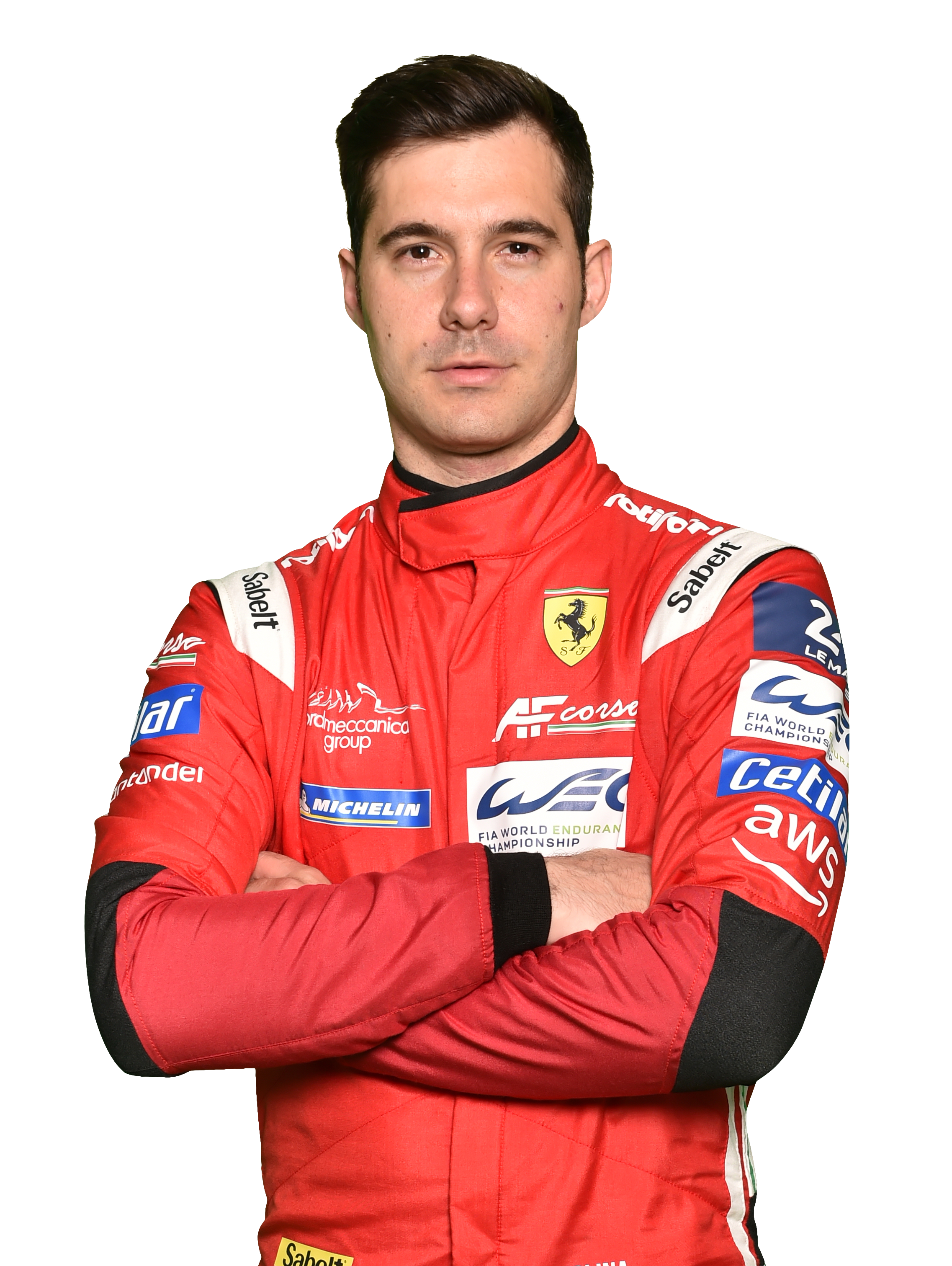 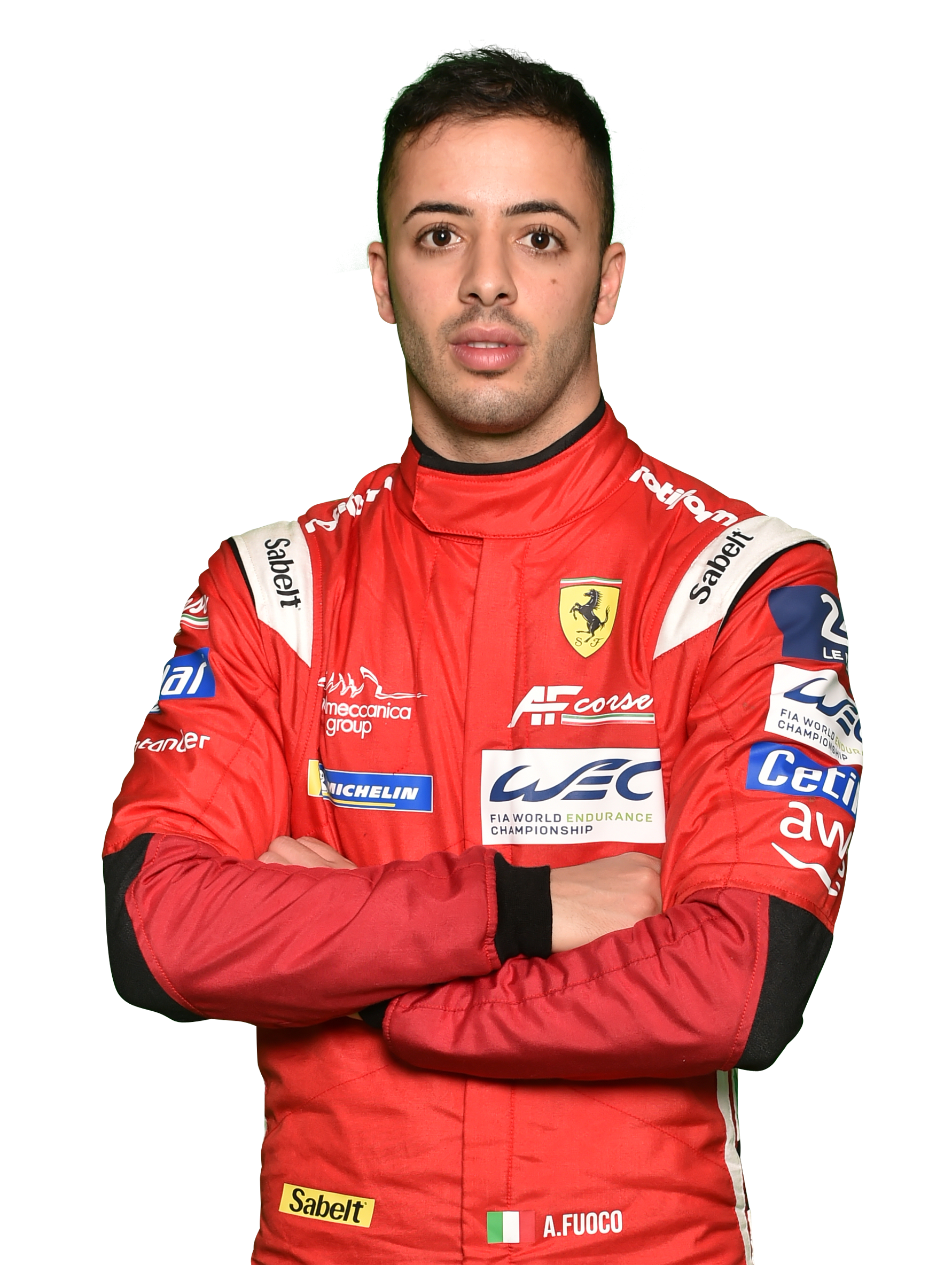