For the third official WEC Talk podcast of 2021, we heard from Katherine Legge – a hugely-diverse racing driver who has competed in IndyCar, NASCAR, DTM, tested in Formula 1 and will now take on the FIA WEC.

For 2021, Britain’s Legge will be back in competitive race action after breaking her leg last July. Legge has already competed at Daytona and Sebring this year but will make her WEC debut for the upcoming TOTAL 6 Hours of Spa-Francorchamps where she will drive the Iron Lynx run Ferrari 488 GTE Evo.

Speaking about her comeback to racing after her incident, Legge explained: “I really wanted to be ready for Le Mans last year. I could maybe have done it but I don’t think I was at my best and it wouldn’t have been fair on the team. I wanted my first Le Mans to be awesome and to go out and do the best job possible. Hopefully I can do that in the future.  Daytona was my first race back and I kept thinking that after 24 hours I might not have the strength that I used to have… I was worried I’d feel some pain but I had nothing. I did a triple stint at the end of the race, so I think I proved myself to everyone that I was fine.”

Determination is something that Legge has always had in abundance.  Indeed, the 40-year-old driver spoke about her tenacity to get into the sport from a young age.  Legge took up the story:

“I heard that Kevin Kalkhoven was in England at Cosworth. So, I got in my car, drove there and asked the reception if I could speak to him… It’s a really tough thing to do, you’re meeting a hugely powerful and successful man and I was a 20-year-old and it wasn’t easy,  I was quite shy. I waited and waited in reception and his daughter and now wife came out and saw me… I told them my story and then I left my CV with them.  The day after I got a call from Jim Griffith who owned a Toyota Atlantic team to say Kevin called him and wanted them to test me. Never in a million years did I expect that!  The rest, as they say, is history and I am eternally grateful to Kevin for the opportunity.” Fast forward several years and now Legge is preparing for her first full season in the WEC with Italian LMGTE Am team, Iron Lynx and more specifically the Iron Dames, which is led by Deborah Mayer. The outfit’s ultimate aim is to help promote women in motorsport.

Legge explained: “It’s the passion for Iron Dames to win races. We are doggedly determined to make a success of it. We’re also helping young girls up through the ranks and onto the path of racing. Hopefully we don’t need all-female cars in the future and we don’t need to make a statement because there will be as many girls on the grid as boys.  Racing is one of the only sports in the world where it doesn’t matter – whether you’re male or female, black or white or whatever it is.  I really hope we can underline that and drive that point home.”

Legge and her team-mates Rahel Frey and Manuela Gostner will compete in the upcoming Prologue (WEC pre-season test) on Monday and Tuesday next week, followed by the WEC season-opener – the TOTAL 6 Hours of Spa-Francorchamps - which takes place in just over one week’s time (29 April – 1 May).

Don’t forget to listen HERE. On the same link, you can also find last month’s chat with Jim Glickenhaus as well as several other in-depth interviews with various drivers and key names from the world of endurance racing.

About WEC Talk
Available on various platforms including Spotify, Apple Podcasts, Google Podcasts and Deezer, the WEC’s official podcast promises fans a unique insight into the exhilarating world of sportscars. 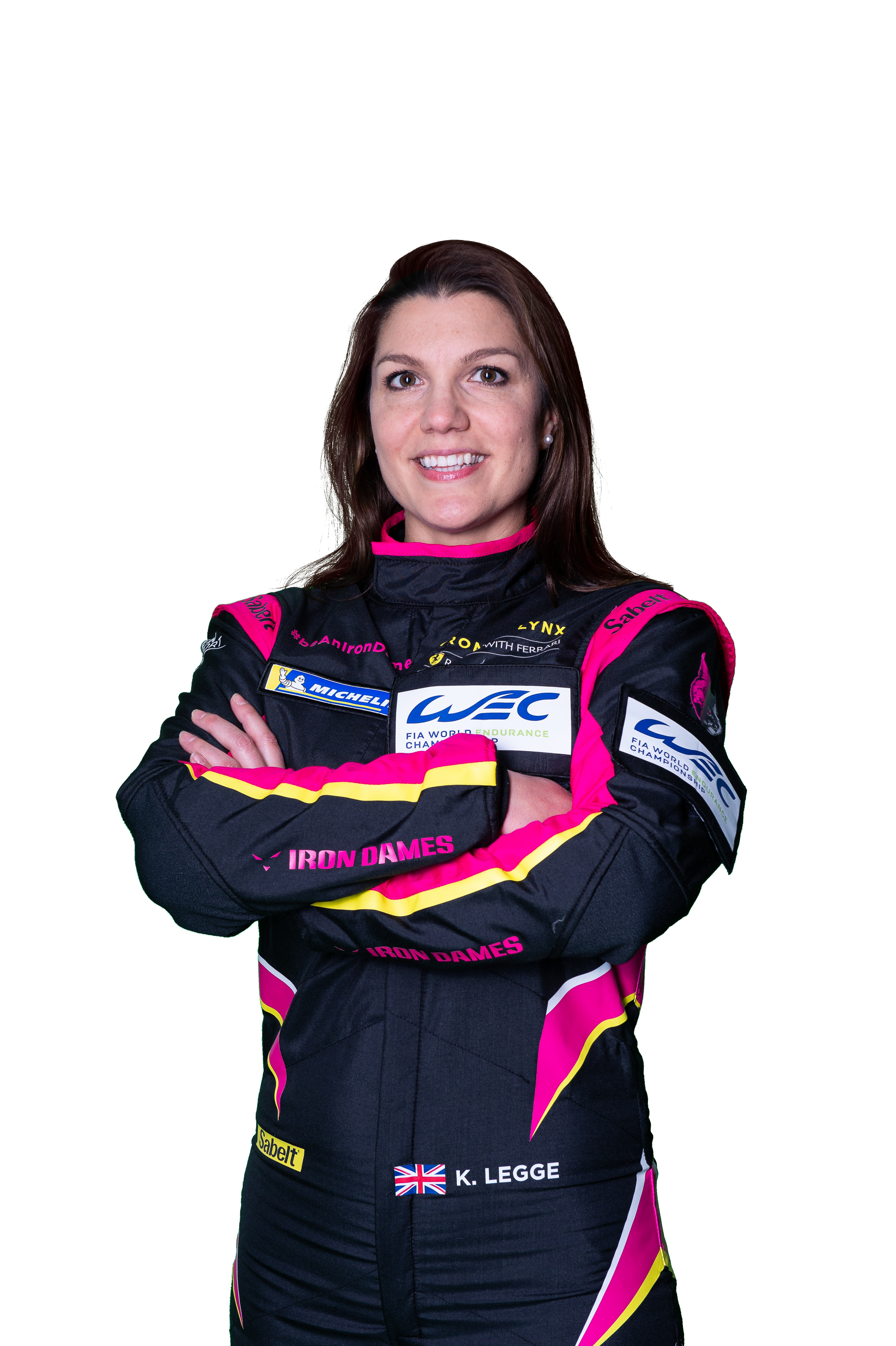 Previous news
The countdown to WEC Season 9 is ON!
Next news
History of the Bull: Lamborghini’s Racing Heritage