Porsche concluded a perfect weekend at the Nurburgring as Porsche Team Manthey scored a superb 1-2 to vault Ferrari in the battle for the FIA World Endurance Cup for Manufacturers.

The No.91 Porsche 911 RSR duo of Richard Lietz and Michael Christensen led the majority of the six hours, after the No.51 AF Corse Ferrari hit rare technical difficulties with a suspected electrical problem after just 15 minutes of racing.

For Christensen, it was his first WEC win, and the Dane was highly delighted as he exuberantly sprayed champagne on the podium. For Lietz, the maximum points score meant that he now sits atop the FIA World Endurance Cup for GT Drivers points table, just a single point ahead of James Calado and Davide Rigon.

The No.91 Porsche Team Manthey 911 RSR controlled the gap to its sister No.92 car which had a much more eventful race.

Frederic Makowiecki was penalised for having jumped the start and took a drive-through penalty in the early stages. The Frenchman then fought back fantastically but was involved in a collision with the No.71 AF Corse Ferrari 458 driven by James Calado. The resulting contact, which occurred just as a Full Course Yellow was notified, caused a puncture to the Ferrari and some light bodywork damage for the Porsche.

This battle for second placed continued to rage after the driver changes, and both Patrick Pilet and Davide Rigon jostled for position with great spirit. Again the fight was heated but another puncture for the Ferrari gave the Porsche substantial breathing space.

There was a sting in the tail for the Pilet/Makowiecki Porsche though, as the earlier contact with the AF Corse Ferrari was penalised and Pilet had to undertake a drive-through in the final half hour of the race. The gap however was sufficient for Porsche Team Manthey to celebrate a home track 1-2, and confirm that Calado and Rigon’s spirited race resulted in a third place finish.

“It was hard – not just for us but for everybody. It’s not easy around here with the gravel traps waiting if you make a mistake. That was the key – we controlled our pace a little towards the end but of course we are very happy with the end result, it was a great team effort this weekend.”

The LMGTE Am class was won by the SMP Racing Ferrari after a race long battle with both the No.98 Aston Martin and the No.77 Dempsey-Proton Racing Porsche.

The SMP Ferrari 458 Italia of Victor Shaytar, Andrea Bertolini and Alexei Basov beat their opposition for the second race in succession to conclude a perfect points scoring weekend after Shaytar and Basov took the pole point yesterday afternoon. The Russian/Italian alliance now enjoys a healthy 25-point advantage in the points' standings.

Silverstone and Spa LMGTE Am winners, the No.98 Aston Martin Racing crew of Mathias Lauda/Paul Dalla Lana, and the No.83 AF Corse Ferrari 458 Italia of Rui Aguas/Francois Perrodo and Emmanuel Collard completed the podium. The Dempsey-Proton Racing trio of Patrick Dempsey/Patrick Long and Marco Seefried came home fourth after leading earlier in the race after an eye-catching double stint from Long.

The fifth round of the 2015 WEC takes place at COTA, Austin on 19th September. 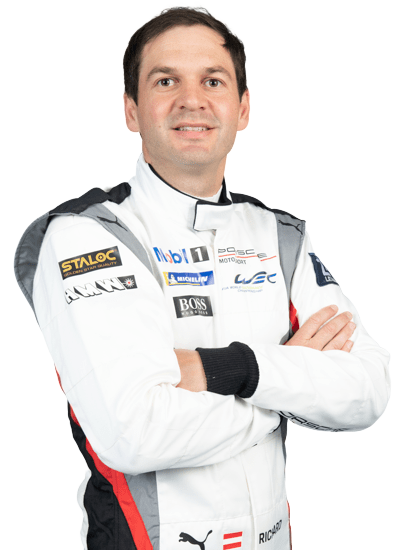