Mike Conway will arrive at Silverstone later this month with two clear objectives: to win and to cook a nice BBQ for his Toyota Gazoo Racing team-mates!

Born just an hour away from the track in Bromley, London, Conway came close to winning on home soil in 2016 when he and then team-mates Kamui Kobayashi and Stephane Sarrazin finished second.

Now, Conway has his eyes on the big prize as he tackles his home track for the very last time in an LMP1 Hybrid car.

“I love Silverstone and I’ve always enjoyed it there – it’s very high speed, fast flowing and you’ve really got to manage the traffic well,” he says.

“I’m so looking forward to getting back there. I still haven’t won that race although I’ve been on the podium many times.” Conway will count on the support of family and friends at the FIA WEC’s 4 Hours of Silverstone too. He also plans to cook for his team-mates as they get set for a special Great British BBQ experience!

“It’s great that all the family and friends can come along,” he explains. “Being a member of the BRDC, it’s nice to stay at the farmhouse in a motorhome. There is more of a family environment, which is cool. “I think my teammates and I are actually getting a motorhome this year and we plan to do a BBQ and a little cook-off, so that will be more fun!”

Once the nutritional needs are taken care of then the serious business will begin on track.  Indeed, continuous improvements by the Toyota Gazoo Racing engineers are set to enhance an already spectacular design for the Toyota TS050 HYBRID cars. “There will be aerodynamic improvements,” explains Conway, who celebrates his 36th birthday next Monday [19 August].

“We are yet to see what the low downforce kit is going to look like. Again, there will be small refinements here and there, but hopefully [they can each] help us gain more lap time.”

Want to watch Mike Conway and the other WEC drivers in action at Silverstone? Click HERE to buy tickets 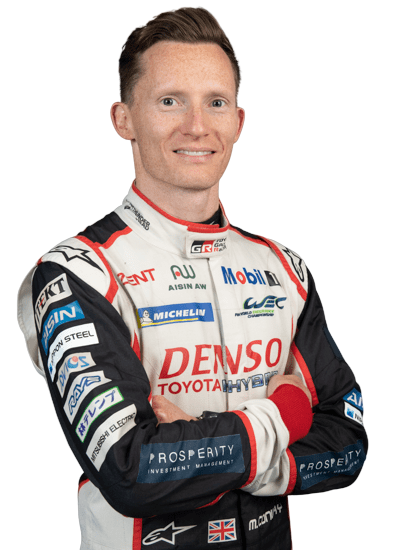 Previous news
New TV deal in Brazil for WEC Season 8
Next news
One month until COTA!