Mike Simpson: “We’ll have a lot of fans to cheer us on”

Team LNT’s Mike Simpson is raring to go at Silverstone later this week as he and the Ginetta squad embark on its first ever FIA WEC campaign.

The two-car squad will have the full support of the Silverstone crowd as they get ready to race on home turf and aim for an overall podium.

Simpson will be joined in the No.6 Ginetta G60-LT-P1 – AER by experienced endurance racers Guy Smith and Chris Dyson for the four-hour race on Sunday 1 September. “You know the factory is just two and a half hours away,” says an enthusiastic Simpson. “We’ll have a lot of fans, supporters and friends of the business, all there to cheer us on.

“It’s the start of the season so there’s no better way to begin [than] at your home race and I think we’ll get a great result,” continued the bullish Yorkshireman.

“I think it is clear to see, even from Le Mans last year, we have a very efficient car. The aero package is superb - we spent a lot of time and investment on it, and the subsequent tests we’ve done at Aragon and Paul Ricard have just confirmed it.

Simpson added: “So, I fully expect us to be up there, especially in the mid to high speed areas where we are very strong and Silverstone lends itself to that sort of car.” For the Ginetta organisation, one of the big success stories of the last decade in the UK racing industry, the adventure in to the WEC in Season 8 will be a huge undertaking.

“After Silverstone, the cars go straight into the containers to be shipped around the world which is a bit new for Ginetta and Team LNT. It’s a new way of running race cars, its normally race trucks across Europe, so a World Championship is a big undertaking for us, but we can’t wait to get started!”

Watch Team LNT in action at the WEC’s 4 Hours of Silverstone. Ticketing information can be found HERE. 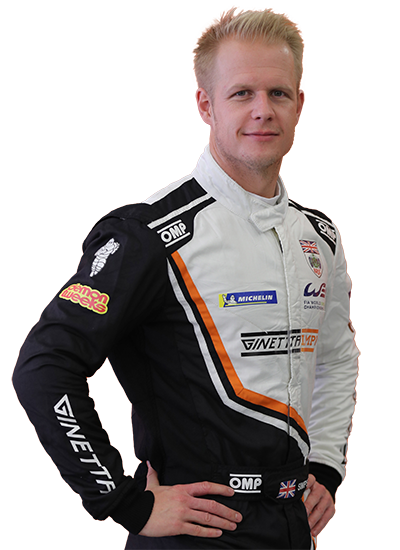