Neel Jani: "I nailed it"

Porsche's qualifying hero, Neel Jani, has revealed the momentous story behind his incredible fast lap to claim pole position for the 6 Hours of COTA.

A hybrid boost failure early in the session effectively meant he set the fastest lap of the weekend on an old set of tyres.

Jani thought his chances of pole had vanished when his Porsche’s boost system failed on his second flying lap – his first having already been ruined by a red flag caused by the stranded KCMG ORECA.

After his Porsche team fixed the system for teammate Marc Lieb to set a time, the Swiss ace returned to the cockpit and produced the remarkable 1m46.018s lap time.

“We’d struggled through free practice, but the car was good now, so when I went again the boost just didn’t work. On the main straight, my comparison time went up eight tenths just there, so I was like ‘that’s a gonner!’

“Problem is, when the boost doesn’t work, there’s a lot of other things that don’t work – the brakes, the braking points, how it recoups the energy, everything changes. It’s like an avalanche starting.

The well-drilled Porsche team was able to reset the No.18 Porsche 919 Hybrid and, after Lieb set a solid time, Jani was back in the car but this time he was angry!

“He (Lieb) did a good lap, but we were still too close to the Audis. Then I was able to go back out and do the time – the unexpected can still happen!

“I was even thinking ‘why should I go back in?’ We were a tenth clear of the Audi, I didn’t think it could beat us, but the team said ‘you need to go’. I was on my seventh lap on the tyres!

“I didn’t have the same grip as they (the tyres) were far from fresh anymore. But everything came together, maybe it was lucky, maybe Brendon [Hartley] should have done a second lap? Who knows? 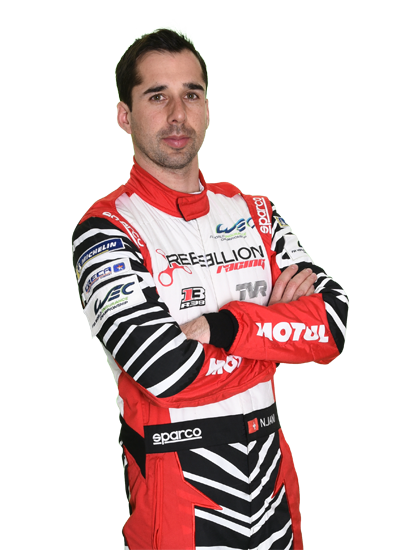