Perrodo: “The competition in LMGTE Am is huge”

French bronze driver Francois Perrodo admits that the competition in this year’s LMGTE Am is extremely fierce despite currently leading the category standings for Italian team, AF Corse.

Alongside Emmanuel Collard and Nicklas Nielsen, the No. 83 AF Corse crew have taken their Ferrari 488 GTE Evo to three podium places including a win at the season-opening race at Silverstone back in September.

“It’s been a big change going back to GTE Am and a lot harder than I thought it would be,” admitted Perrodo. “Just because a GT car is slower than an LMP2 car, it doesn’t mean that it’s easier because it’s not!  I’m still not fully confident yet and the level is a lot higher than three years ago - people like Paul Dalla Lana and Ben Keating are super-fast but that’s a good thing as there is so much competition.  I’m really enjoying it and as an amateur, it’s great to race with Manu and Nicklas – we make a good trio.”

As WEC Season 8 has progressed, Perrodo has gradually got back to grips with the Ferrari GT machinery after two years driving an Oreca LMP2 car with TDS Racing.

The LMGTE Am driver took up the story: “It is so much fun to be back with Manu - we’re really good friends and nice to be racing with each other again. It’s also great to be back with the Italians, I asked AF Corse if I could have a lot of the same team as before.

“The car is a whole lot better generally and I think with even more aero, it can be even better. We have eleven cars in LMGTE Am this year and at least two thirds are racing for the win each weekend so it’s hugely competitive.  We always end up with the heaviest car, we could happily live without the success ballast but ultimately the goal is achieved by BOP.”

With just two points lead over TF Sport in the overall standings, it will be all to play for in Sebring as AF Corse prepare to travel to Florida for the sixth round of the championship and second American WEC race in less than a month.

“Sebring will be more suited with our chassis but a grueling race,” explained Perroro. “This will be my first GT race at Sebring.  It’s such an old school track with no run-off - if you hit the wall, it’s very punishing and tough.  As drivers, we get a big kick out of the event and last year I stayed to watch the start of IMSA race, and I will do it again this year which will be cool. I just love the atmosphere.” 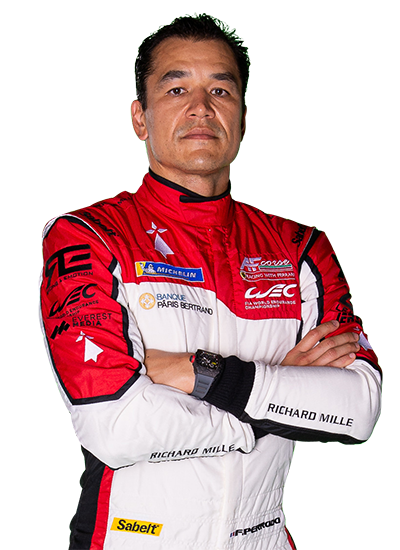