WEC is back and the drivers and teams are ready for action....

After a two month summer break the FIA World Endurance Championship paddock again came together today as the third round of the 2018-19 Super Season nears.

Drivers arrived at the circuit either overnight or early on Thursday morning and were immediately signing on for the event and undertaking the now obligatory track walk.

One of the star attractions this weekend, Jenson Button, elected to walk and cycle around the track which he first raced on back in 1998.

It is 19 years since the F1 champion last competed at the Home of British motorsport in anything other than a Formula One car, when he was victorious as a British Formula Three driver in October 1999.

Several of the drivers were delighted to be back at Silverstone, especially as the long-range weather forecast pointed to the rain being confined to Thursday

“It is good to be back here at Silverstone especially as we had this great win last season,” said Clearwater Racing driver Keita Sawa. “The track is a big challenge and driving a GT around here is very satisfying. We are waiting to get on track now and get back to racing.”

Many drivers caught up with their compatriots about what they did on their holidays, some of which were more eventful than others, but - with professional drivers - they definitely included plenty of training! 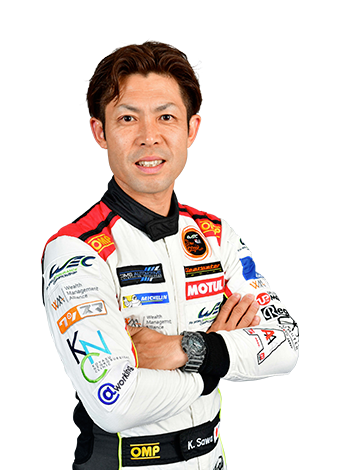