What are EoT and BoP?

Equivalence of Technology, or EoT for short, is a set of rules that the FIA WEC has employed since the inception of the series to ensure that cars with different types of technology are able to compete with one another on a level playing field.

Equivalence of Technology, or EoT for short, is a set of rules that the FIA World Endurance Championship has employed since the inception of the series to ensure that cars with different types of technology are able to compete with one another on a level playing field.

Previously, the main function of EoT was to allow diesel-powered cars, such as Audi’s R18 LMP1 car, to race fairly against petrol-powered cars without the need for an entirely separate class.

Now, however, the EoT is in place to allow hybrids and non-hybrids to race in the same category following the merging of the LMP1-H and LMP1-L divisions for the Super Season.

As the only hybrid-powered car in the LMP1 field, Toyota’s TS050 HYBRID is only permitted to use 35.2kg of fuel per stint, compared to the 52.9kg of its privateer opponents. In the 24 Hours of Le Mans, the Toyota can only use a maximum of 124.9MJ of energy a lap compared to the 210.9MJ of its opponents.

This disparity is designed to address the inherent advantages hybrid systems offer in terms of acceleration and fuel economy, allowing privateers without the means to utilise such technology to battle the better-funded manufacturers on the same terms. Like EoT, the Balance of Performance (commonly abbreviated to BoP) is an essential element of the FIA World Endurance Championship, being one of the keys to the success of the GTE classes.

BoP is what allows numerous different road car designs to be able to race together on equal terms, giving all competitors the chance to be successful and keeping the championship attractive to new manufacturers. That BMW is joining the GTE Pro ranks for the Super Season, becoming the fifth manufacturer in the class, stands as testament to the success of the system.

BoP works by equalising the different cars by adjusting their weight and power levels – the latter via changing the size of the air restrictor, and for turbo cars, changing the maximum boost ratios.  Other adjustments that can be made are changes to the rear wing or to fuel capacity.

In GTE Pro, this process has taken place automatically since the start of the 2017 season, using a calculation tool to determine what adjustments are required based on various performance criteria.

Prior to 2017, BoP adjustments were made by the FIA Endurance Committee, and this system is still used in the GTE Am class. The Le Mans 24 Hours, also has a separate BoP system in place owing to the specific nature of the Circuit de la Sarthe. 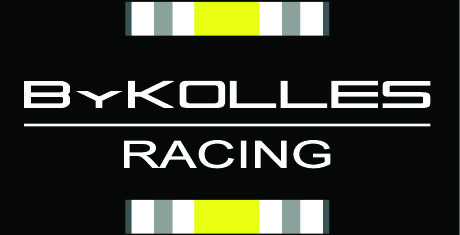 Previous news
What happens in WEC pitstops?
Next news
One month until COTA!