What the drivers said after the 6 Hours of Shanghai

Brendon Hartley:  “What a day!  The first corner after the start was interesting.  I think the Toyota used a big package of energy from the e-motor and passed me quite easily into turn one.  I knew he would suffer later in the lap because, according to the rules, you can only use a certain amount of energy [per lap].  I got him just before the safety car came out.  This was a good little battle on the first lap, and after that I just tried to keep it clean and handed the car over with an 18 second lead.  We had to change the nose because a massive piece of rubber had damaged the headlight.  Once again our pit stops were great and on my last double stint everything went smoothly.  I am very, very happy.”

Mark Webber:  “Brendon was flying today and Timo’s double stint was really nice.  I did a single stint and got some used tyres out of the way before Brendon brought it home.  It was an amazing day for Porsche and we are really happy to have contributed to it.”

Timo Bernhard:“We’ve had a super race today. Brendon made a great start, so we were able to keep the lead and then extend it. I was the second driver in the car and also did a double stint. The number 6 Toyota with Kamui Kobayashi driving was really strong. Very often the situation in traffic was the limiting factor. Here you really had to constantly balance between being aggressive or rather defensive when lapping slower cars. I am absolutely happy that our trio has another race win.”

Stéphane Sarrazin: “That was a good race for us, even though it’s not the victory that we enjoyed in Fuji. We had a strong weekend and we showed that our car is very fast. We were unlucky with the punctures. Who knows what we could have achieved without that but I’m still really happy. We’re still in the fight for the World Championship; 17 points is not easy but our car is quick and we will keep pushing.”

Mike Conway: “It’s been a positive day overall for us and great to be on the podium yet again. It’s a pity to get two punctures but the team did a great job to recover; everyone dug in and got the maximum out of our race today. We fought right to the end so thanks to everyone for their effort. I’m pleased to see the #5 guys on the podium as well; it’s great for them and the team.”

Kamui Kobayashi: “I’m really happy with our race; second is a good result considering everything. It was a strong recovery drive. Our car was fast and we managed the traffic pretty well. It’s nice to see both Toyotas on the podium and the team deserves this because we have worked really hard to improve during the season and we are finishing the year strongly.”

Anthony Davidson: “Luck hasn’t gone our way this season so it’s really nice to be back on the podium again. The race was tough with traffic and an unbelievable amount of rubber on track. Our focus was to get ahead of the No.2 car and it was fantastic to do that. It shows how far the team has come since the last podium for our car, at Silverstone in 2015. To get two cars on the podium is a great achievement.”

Sébastien Buemi: “It has been a very tough season for our car so we will enjoy being on the podium. We knew we should be competitive in the race and we were, we just didn’t have the pace of the No.1 Porsche. Thanks to the team for their hard work to get car No.5 back on the podium; I’m really happy. Now we look forward to Bahrain when we want to be strong again.”

Kazuki Nakajima: “I’m really pleased for everyone on the car No.5 crew to get this result. Everyone has worked so hard for us to stand on the podium again despite a lot of bad luck this year so big thanks to the team; I hope this is a turning point. It was a difficult race for me but my teammates drove well and it was nice we could help out our sister car by finishing ahead of the second Porsche.”


No.2 Porsche Team Porsche 919 Hybrid – 4th Place LMP1
Romain Dumas: “It was very tight racing today. I was third in the car for a single stint. I had some bad traffic, which, of course, cost some time. I had lots of pick-up on my tyres that I never got rid of.”

Neel Jani: “I started from sixth on the grid, and tried to drive tactically with regards to positioning myself in traffic and saving boost to be able to attack when needed. It worked out, the car was super good and I could catch one car after another. When I was in third position I struggled a bit, because I then very unluckily hit traffic and lost several seconds. But still I was able to hand over the car in second position after a double stint. Unfortunately in the middle stints of the race we lost some time. I did another double stint in the end, but then the car didn’t feel quite as good. Now we have to take care of the drivers’ world championship at the finale in Bahrain in two week’s time.”

Marc Lieb: “I was in the car second after Neel and my stint wasn’t great. In the beginning I had a lot of traffic and constantly had to lap cars, I just ruined my front tyres. I had no grip at the front axle and constant understeer.”

LMP2 Champions quotes can be found in separate story HERE

Alex Brundle: “We had a really good start and I had the option to either push on and get ahead or conserve the tyres and stay behind. I knew we had the car that would let me run at the front so I got on with making the move. Because we were double-stinting the tyres, this affected the performance in the second stint, but overall it was the best strategy to choose and did gain the team some time. After that, Roman and Will both did a fantastic job and the team performed excellently in the pits all day long.”

Roman Rusinov: “We had a great car and we worked hard during the weekend for this victory. I am really happy for the second time in a row and my teammates were very strong. The conditions were tough with lots of rubber on the track but we got the job done so thanks to everyone we get more maximum points today.”

Will Stevens:  “It was comfortable for us and we did a great strategy so well done to the team. It is nice to get a second win in as many races and show what we can do out there against some really tough competition.

Andy Priaulx:  “I’m really happy with that! I managed to make a good start and had a couple of good first stints. We had a perfect race. The car ran faultlessly and the pit stops were great.  To take two wins on the trot and for them to be team 1-2 finishes is just mega.”

Harry Tincknell:  “I’m enjoying this run of results! After taking pole yesterday to getting our second win on the bounce today is just unbelievable. Nothing has really changed with the car in terms of updates and balance of performance since Le Mans, but we have all been working hard and getting faster and faster. Everything has come together at the right time. When the No.66 had a puncture it gave us some breathing room but we still had to get the job done. I’m delighted that everyone’s hard work has been rewarded. The whole team should be very proud of themselves.”

Pedro Lamy:“The first corner was very difficult. I was focused on getting into the best position for turn one and an LMP2 turned into my path. I didn’t know where to go, so I just tried to turn inside and I avoided him with a little luck. After the craziness of the first lap, my first stint was good and I felt that I had a strong pace. The Porsche that overtook me at turn one received a drive through, so I was able to take the lead back quickly and build a nice gap to hand over to Paul."

Mathias Lauda: “Today we had a really perfect day. From beginning to the end we had the better overall pace compared to our competitors and we’re enjoying a really deserved win tonight. It feels great to win five races in one year and even though we’re second in the championship, we don’t give up”.

Paul Dalla Lana: “That’s another fantastic result for us out here in Shanghai. They were tough conditions as the track and tyre degradation made it challenging to find the right rhythm, but I think we set the car up well to suit the longer runs. We wanted to take the fight to Bahrain and while there’s a big gap to the championship leaders, we still live to fight another day”. 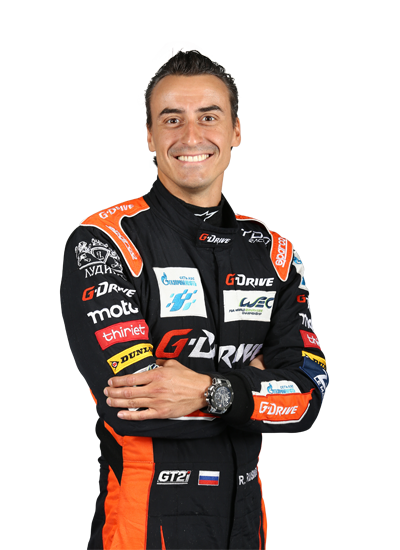 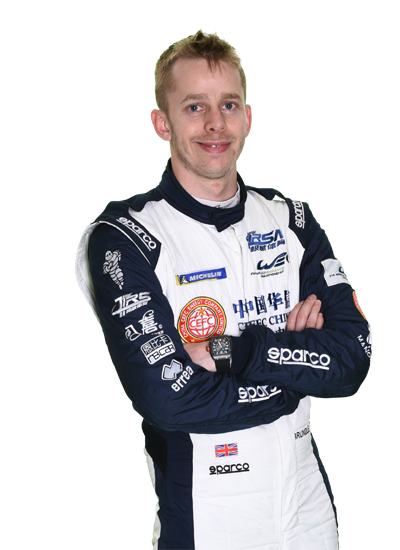 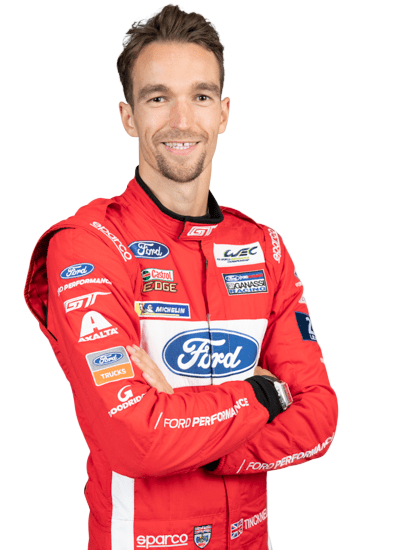 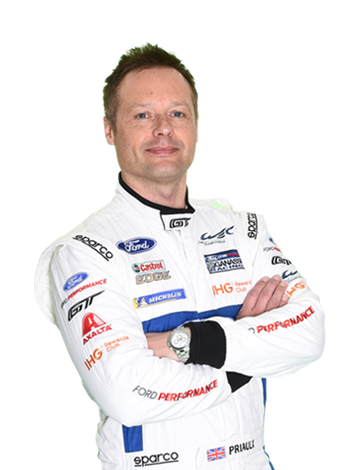 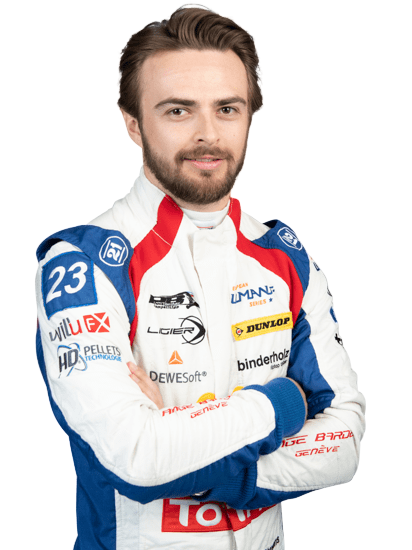