Gérard Neveu, CEO of the FIA WEC, and James Calado, 2017 FIA GT World Champion, were today at a press conference at Bahrain International Circuit to highlight the WEC’s return to the Kingdom in December.

Gérard Neveu, CEO of the FIA World Endurance Championship, and James Calado, 2017 FIA GT World Champion, were today at a press conference with BIC Chief Executive Shaikh Salman bin Isa Al Khalifa at Bahrain International Circuit to highlight the WEC’s return to the Kingdom. The Bapco 8 Hours of Bahrain, fourth round of Season 8, will take place on Saturday, 14 December.

With the WEC returning to Bahrain for the first time since the end of 2017, Gérard Neveu commented: “Bahrain is the WEC’s natural home in the Middle East, and is a favourite for our teams for its facilities, climate and organisation – as well, of course, as the warmth of the welcome we receive… as has been demonstrated today by Shaikh Salman, his team at BIC and the media. The Bapco 8 Hours of Bahrain will mark the mid-point of Season 8 for us, and we are looking forward to more exciting and unpredictable racing into the night, as well as holding our traditional ‘Rookie’ test the day after our race. We can’t wait to be back.”

Official Ferrari GT driver, James Calado, has great memories of racing at Bahrain after celebrating his first World Endurance Championship title there in 2017:  “The longer, 8-hour race will bring new challenges to the teams in terms of strategy and endurance, and the race is later in the year than in the past so temperatures may differ, especially once the sun sets.  There will be many unknowns, but Ferrari has won in Bahrain many times in the past, so we have special memories of being here. It’s the only time we race in the desert, and everyone here is extremely friendly.  Not long to wait now!”

This year’s event falls just ahead of Bahrain National Day on December 16 which is a public holiday. BIC Chief Executive Shaikh Salman bin Isa Al Khalifa is confident that the WEC race, together with the support series, off track entertainment including concerts and a larger fan village, will bring in bigger crowds than ever before.

Practice for the 8 Hours of Bahrain begins on Thursday 12 December, with qualifying on Friday and the race on Saturday, 14 December from 15h00 local time.

A provisional timetable can be found HERE 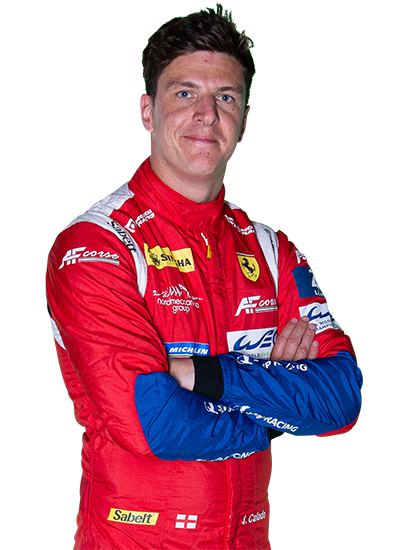