Replacing Augusto Farfus for this round, Westbrook will join season regulars Paul Dalla Lana and Ross Gunn to drive the No. 98 Aston Martin Vantage AMR. Farfus is unable to race in Bahrain due to a commitment to compete at the Mobil 1 12 Hours of Sebring which takes place on the same weekend.

Westbrook finished third for Aston Martin in the GTE Pro class alongside Marco Sørensen and Nicki Thiim at last month’s 24 Hours of Le Mans and has now stood on the podium three times at Le Mans.

Westbrook is back! Richard is returning to Aston Martin in the #98 GTE Am Vantage alongside Paul Dalla Lana and Ross Gunn for the @FIAWEC finale - the 8 Hours of Bahrain.

“I’m delighted to be returning to Aston Martin for the final round of the WEC season,” said Westbrook, who will make his debut in the fiercely-contested GTE Am class.

“The GTE Am class is phenomenally competitive nowadays and for me this is a great opportunity to fight for a victory as the season draws to a close. This will only be my second race in the Vantage, but after Le Mans it feels like I’ve had more than enough mileage to feel at home in the car. I’ve always enjoyed racing at Bahrain, it’s one of my favourites, and it’s actually where I won my first race in a GT car in 2005.”

Click HERE to read more about the Bahrain entries. 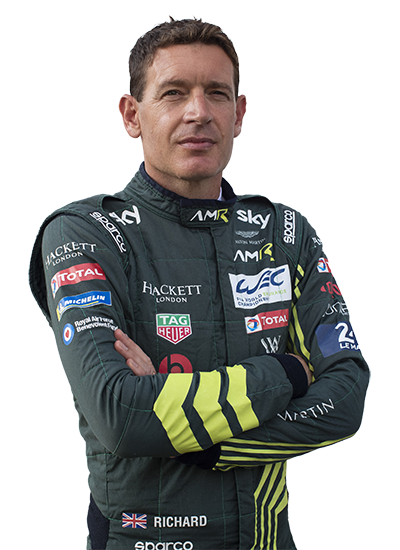