Former F1 driver Roberto Merhi has confirmed he will join Eurasia Motorsport’s line-up as the LMP2 team prepares to make its FIA WEC debut at the TOTAL 6 Hours of Spa Francorchamps in two weeks’ time (13-15 August).

Spain’s Merhi is no stranger to endurance racing having competed with Eurasia in the 2019/2020 Asian Le Mans Series, where he claimed three podiums in four outings.

Joining Merhi in the Ligier JSP217 – Gibson LMP2 car is Nobuya Yamanaka (Japan) and Daniel Gaunt (New Zealand) who will be using the event as part of their preparations for this year’s delayed 24 Hours of Le Mans in September.

“I am really looking forward to joining the team again in Europe and it will be great to race once again in the WEC and in Spa,” explained 29-year-old Merhi.  “I finished on the podium in 2016 so I am long overdue an LMP2 return to such a great venue and series."

Roberto Merhi rejoins Eurasia in the #35 Ligier JSP217, completing the lineup for the team's debut in the FIA WEC at next month TOTAL 6 Hours of Spa.https://t.co/SKGdU5slBE#WEC #6HSpa pic.twitter.com/cSV2FAiEC2 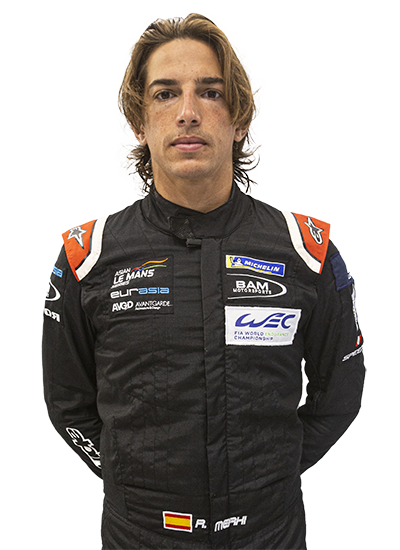