Next in our series is Porsche GT Team’s Gimmi Bruni who revealed some of his favourite memories from the race track.

“I have many great memories from Spa… but my favourite has to be when I drove there in 2004 with Minardi in Formula 1. It was my favorite circuit with that kind of car.”

Bruni continued: “We had good races in the past when I started in GT and the 24 hours - especially when the race goes into the night and it is getting dark. I always had good fights there, for example with Porsche. Today I’m a works driver for Porsche myself and I’m very happy about that. Now I’m looking forward to drive the new 911 RSR for the first time at Spa.”

When it comes to racing at Spa, the Italian driver admits that a number of factors come into play when trying to create the perfect lap...

“You need to be smooth in the high speed corners. You also need have to have good downforce, but low drag and high speed for the long straights as well. Good balance in the car is also important to save the tyres as much as possible.”

The Italian added: “I really like Blanchimont, the double left-hander downhill. I’m a fan of fast corners with less braking. But the whole circuit is nice, there is not a single corner I don’t like. For a driver it’s a dream to compete at Spa. Eau Rouge is very interesting, too – especially with a GT car which is very challenging for us.”

Finally, we asked Bruni if he could compete against any other driver at Spa, who would it be? “In the past, my idol was Michael Schumacher, as a driver and for his mental preparation. He achieved a lot on this track. I wish he could join Richard and me in the car as third driver.” 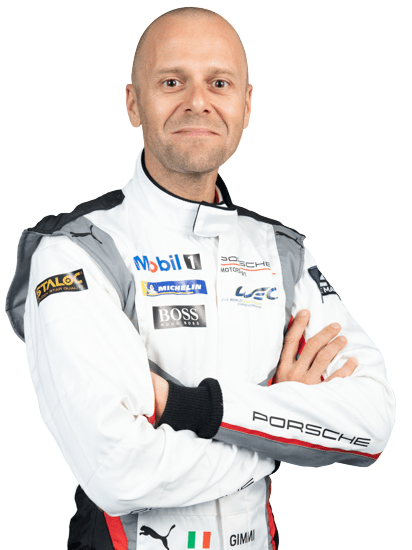